What is Reinforcement Learning? How does it work without human intervention?

The human capability of learning new skills has always been intriguing the science world. The new age world of Artificial Intelligence brought all the attention back to the same question. Today scientists know, how the humans behave and react, the same has been programmed into the AI-powered machines.

Effectively the predictive behavior has already been replicated, but the skill learning which is non-predictive posed challenges. After extensive human brain and behavior study, it has been deduced that we learn from the interaction with the environment. Intelligence and learning increase only when we interact. An infant learns to talk when he interacts with the environment and its elements. Science is now working to make the machine capable of working through the problems on its own rather than human intervention.

What is Reinforcement Learning?

Reinforcement Learning is a segment of Artificial Intelligence that focuses on learning and take the autonomous decision based on the environmental factors. It is an ecosystem that urges the machine to take a decision based on previous experience rather than the current training data.

Reinforcement Learning has a clear objective, it wants to make a machine capable of taking decisions on its own and learn just like humans. The algorithms are being developed for a wide range of use cases.

Reinforcement learning is beyond the traditional Artificial intelligence. The machines are now capable of taking an optimal decision in an autonomous fashion. After extensive trial-and-error processes and reward-punishment cycles, agents learn a skill and are made capable of taking decisions in future. The rewards are offered for a correct action and punishment for an incorrect decision. Reinforcement learning (RL) is finding immense potential in sectors like healthcare, e-commerce, transportation, and finance. Taking the AI even closer to human behavior, RL is simulating the human skill enhancing the capacity of machines.

Be ready to meet a new generation of Robots, digital assistants, Chatbots and more soon.

Reinforcement Learning focuses on maximizing the rewards when the agent performs a task. There is no human intervention or pre-set training data to help machine make a decision. It has to take an action by interacting with the environment and picking up the decision path that will bring optimum reward signals. A wrong decision will lead to a punishment signal making the machine capable of avoiding that decision in case of same environmental facts.

Let us first understand how a human learns a new skill?

How is Reinforcement machine learning different from other learning techniques? 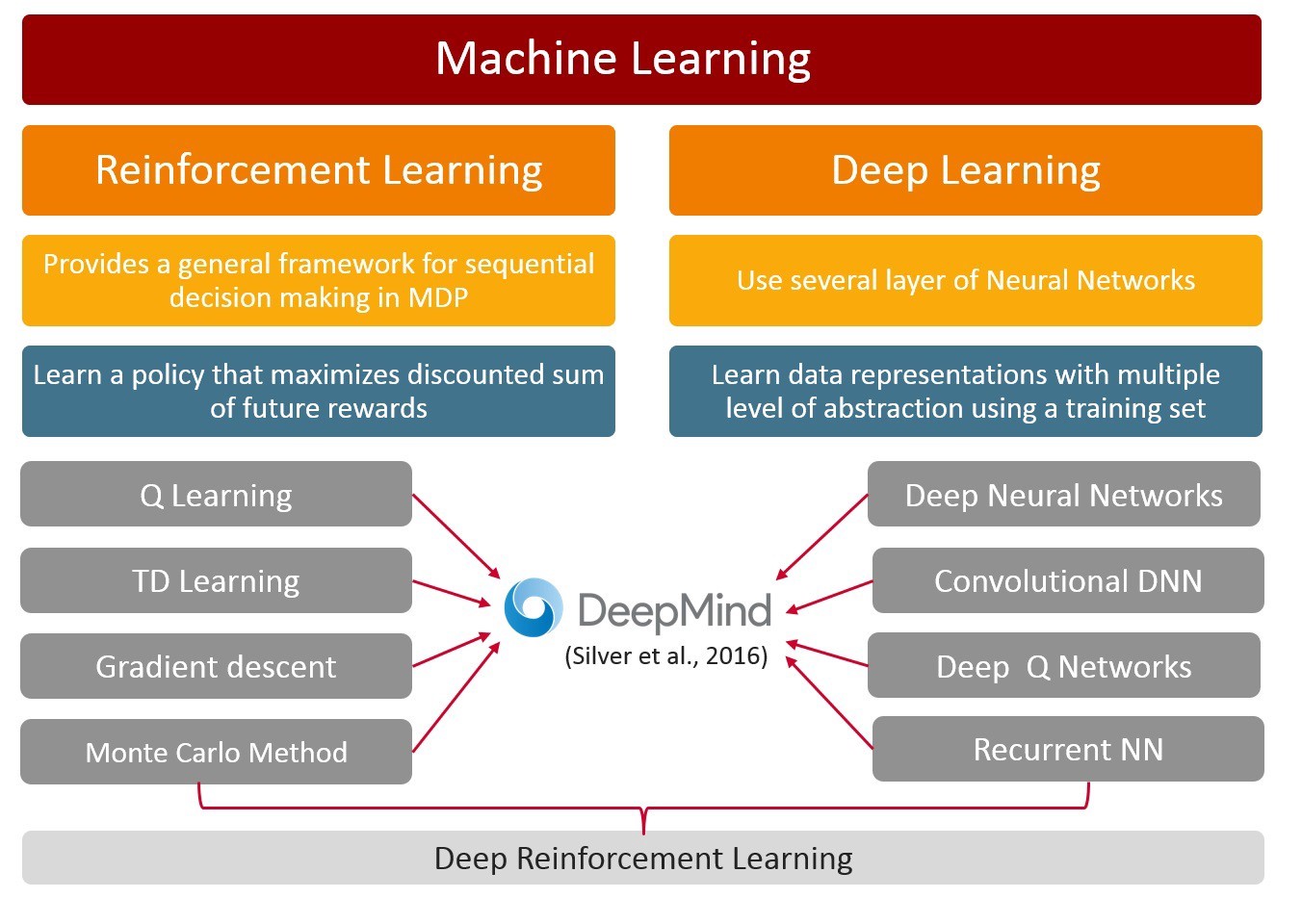 Reinforcement algorithms are programmed in a way that the machine does not need any external supervision or human intervention to make a decision and act. For the Supervised algorithm, an external element guides the agent with the inputs from the environment. The inputs help agents complete the task in a correct manner. But there are some problems in which there are so many combinations of subtasks that the agent can perform to achieve the objective. A supervisor is the set of environmental conditions that can happen and when the incident matches, it guides the machine to act in a particular fashion. The problem arises when the set of input conditions is too large, this brings up the need for a machine algorithm that can understand which input must it pick and work on to take the output action. Reinforcement algorithm is the solution to the supervisor problem that is a bottleneck for Supervised Algorithm. A reinforcement learning algorithm interacts with the environment in a very humanly manner to make a decision that is correct.

Unsupervised Algorithms focus on understanding the patterns of activities happening in the environment. There is no one to one mapping like reinforcement Learning. The unsupervised algorithms give outputs based on the patterns rather than a single input. Reinforcement learning works on a trial and error procedure to deduce the exact output and maps it to the input for future decision making.

Semi-Supervised Algorithm is a mix of pattern understanding and input from the set of inputs offered by supervisor. The Reinforcement Learning is different from it as it maps the input to the output with a feedback mechanism that brings output quite close to correct and expected results.

rCNN is the aspect of Artificial Learning that focuses on Object Detection. An image is studied and its objects identified and are classified as per the groups via a bounding box.

Inputs to the rCNN Algorithm is an Image and the outputs are the bounding boxes and the labels that identify them.

Bounding Boxes are the core of R-CNN. Improving Bounding Boxes help in better identification of objects. Once the object is identified, the box is tightened to fit the actual dimensions of the object. A regression model is used to tighten the boxes. In all the R-CNN works by generating a set of proposals used to determine the exact bounding boxes. AlexNet is used with pre-set conditions to determine the object identification. The coordinates of the box are tightened over a linear regression model.

What is time series?

In a neural network, each neuron over the multiple layers is connected to each other. Each of the neurons represents some mathematical calculation. A bias unit is identified as an additional neuron at each layer right before the output layer. This layer stores value of 1. Bias units are not connected to any predecessor layer of the neuron. They do not have any neurons incoming as inputs to them.

Having Bias neurons is important because even if they do not have input, they give outputs that make a significant contribution to the ANN.

How to solve Reinforcement Learning Problems?

Markov Decision Process is the mathematical framework for developing reinforcement learning Algorithm. The elements that govern the behavior of the Decision process are

The actions (A) are transitioned into output state (S). The rewards create a feedback mechanism to take the correct action. The actions determine the positive reward or negative reward that guides the algorithm to the correct S state.

The policy (π) is defined by the set of actions (A), which is used in future to determine the course of action for the same set of inputs. Rewards determine the value (V) that is maximized to bring the Set of states(S) to the correct state always.

A new age of technology capable of surpassing the human brain capacity is evolving at a very fast pace...

Artificial intelligence (AI) is quite the buzz word nowadays,and everyone is talking about it...

What Is Reinforcement Learning? How Does It Work Without Human Intervention?

Artificial intelligence (AI) is quite the buzz word nowadays,and everyone is talking about it...

What We Teach at Jazari?

Machine learning algorithms, its models and how is it used to solve problems.

Collaborate with our research team, create and publish your own research.